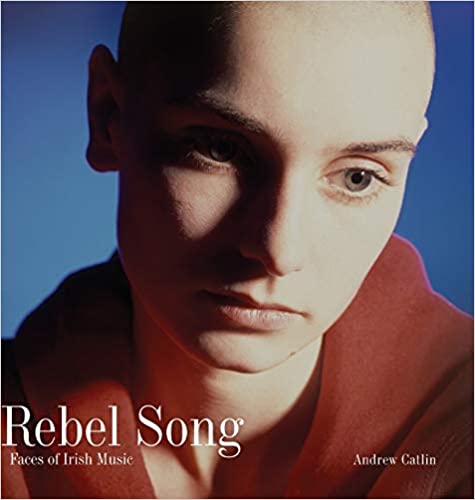 Rebel Song is a collection of pictures and words of some of the most important musicians who changed the face of Irish Music to the international force it is today. As Irish musicians began to find international fame in the second half of the 20th century, there was a growing swell of bands like the Fureys, the Pogues and the Dubliners who transformed traditional rebel music into something with an energy and intensity that was more direct and outspoken than ever before. Irish folk music had expressed the pain of generations under colonial domination. This blossomed into a nation's resistance and rebellion, and spilled over into rock and pop, and then into a fusion with punk. Filled with passion and politics, the tunes of rebellion moved from a rallying call to resistance, and onto a global stage that continues to push back and assert Irish identity and love of life. Artists like U2, Sinéad O'Connor, Bob Geldof and the Pogues have often taken an outspoken stand on matters of global politics, while always maintaining a direct connection back to Ireland. Featuring pictures by legendary music photographer Andrew Catlin that include many taken very early in the careers of the artists, often while at their creative peak, with photographs that span more than thirty years. The book explores the connection between the traditions of Irish music, the history of Ireland, and the extraordinary power and intensity of some of the greatest songwriters and performers of the last 50 years.